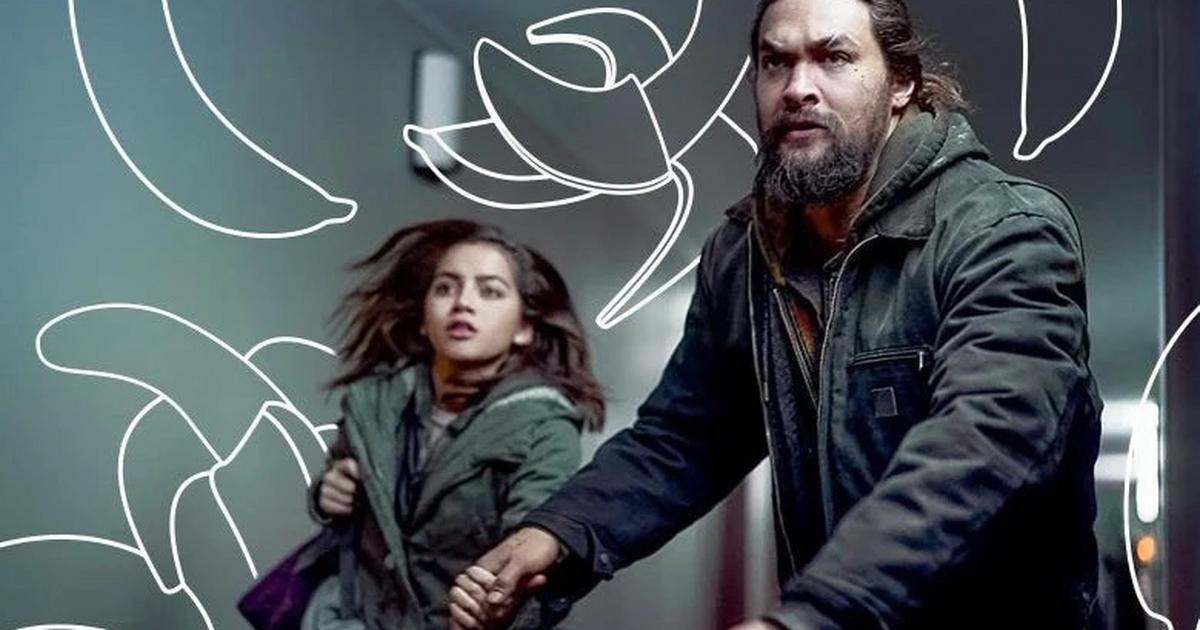 These sectors should be independent of political interference because when politics gets involved, every bit of fairness fades. As we see in the case of the Cooper Family in this film’s plot.

After holding on to the last glimmer of hope expecting a drug that will preserve Mrs Cooper’s life, Ray Cooper(Jason Momoa) and his teenage daughter Rachel(Isabella Merced) are shattered after their mother kicks the bucket.

The CEO of BioPrime in his defence claims these investments into drug making costs way much more than the patients can afford. And pharmaceutical companies can’t run on losses.

But you see, The definition of the term ‘Profit & Loss’ varies across different industries, sectors and areas.

In the Stock market, ‘Profit’ is the value of monetary return,

In the Church, ‘Profit’ is the number of souls being won for Heaven,

In Law ‘Profit’ is number of fair hearings being delivered,

In Healthcare, profit should be the number of patients/lives capable of receiving treatments/being saved. Not money!

Healthcare shouldn’t be politicised. When it’s done, it unevens the grounds of equal treatment between the rich and the poor. That’s unfair!

While the subject Sweet Girl explores earns acclaim, the cinematic execution of this Netflix movie warrants some criticism.

For an Action-Thriller, The cinematography, musical score and Directing of photography are too serene. This eliminates all ounces of uncertainty regarding the survival of the characters that it doesn’t seem as though the characters are in any real danger. Even though the Actors try so hard to make it look otherwise.

With the roles Jason Momoa plays, I put him in a box. A ‘Tough Man’ Box.

I mean look at ‘Khal Drogo’ in Game of Thrones, ‘Aquaman’ in the DCEU, ‘Baba Voss’ in Apple Tv’s Sci-fi ‘SEE’ among others.

But What Jason Momoa did with ‘Ray Cooper’ is shattered that box. and I believe I’m not alone on this.

The father-daughter chemistry between Isabella Merced and Jason Momoa is convincing. I will watch them in anything!

The storyline also excels with its shocking twist. We see it’s been Rachel all along. That she single-handedly outsmarts the senator involved in BioPrimes corruption & exposing the entire conspiracy to the media.

Coming months after The god committee, ‘Sweet Girl’ will not immediately halt political interference in our Healthcare systems. However, it opens the scene for a conversation that has been long overdue.

Reach out to me Israelnisola

Married At First Sight: Meet Brent Vitiello – The first participant from the 2022 season

COVID-19: We have been providing funds to run isolation centres – Oyo government