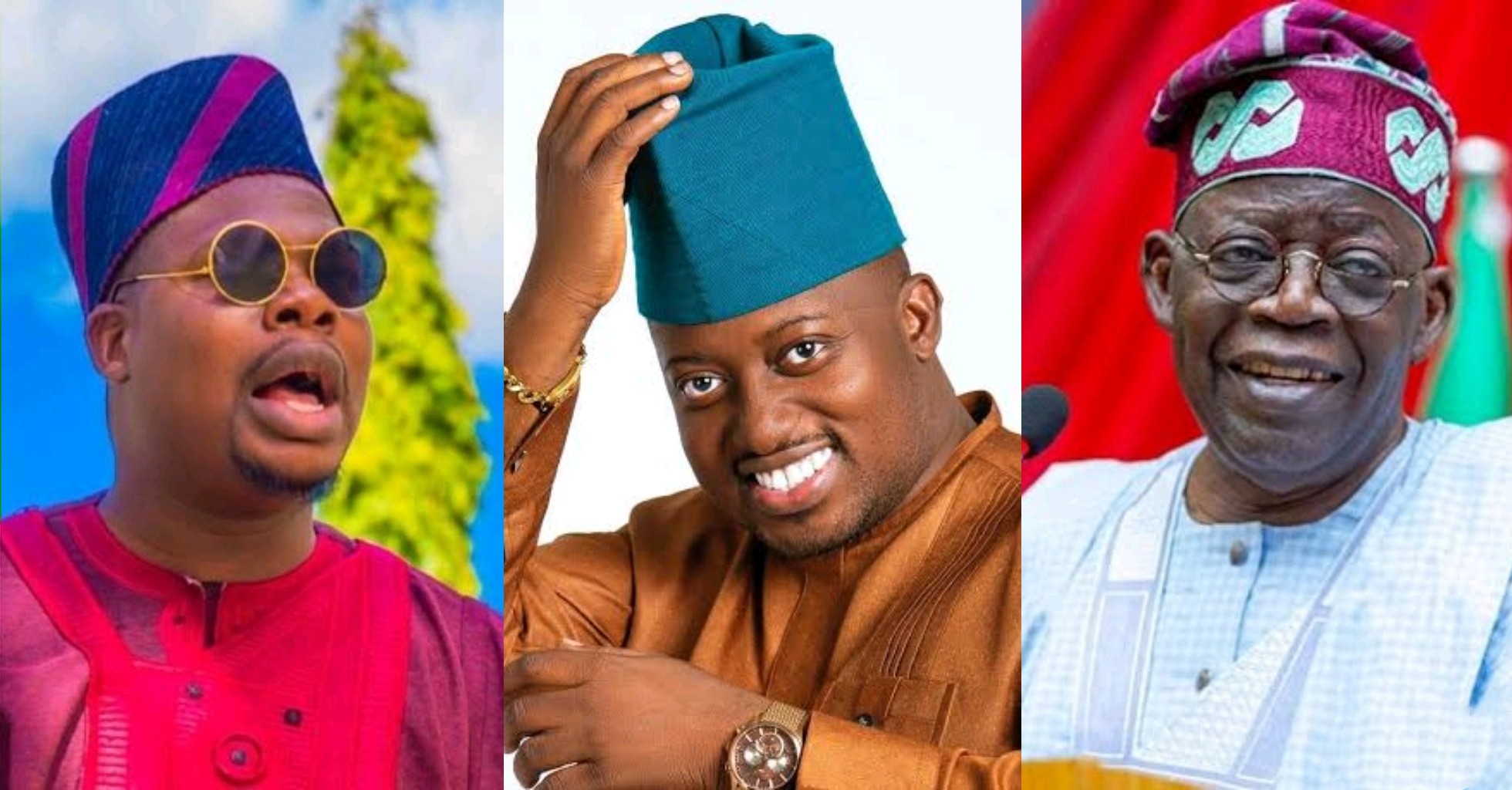 Isreal had in a tweet asserted that Tinubu will emerge president in 2023 either Nigerians like it or not.

“Your emotional blackmail and insults will not work— Tinubu will be president either you like it or not”, he wrote.

Responding to the APC chieftain’s remarks, the skit maker alleges attempt by the national youth leader of the ruling party to force Tinubu on Nigerians next year.

He, however, openly declared support for the Labour Party (LP) presidential candidate, Peter Obi, in the election.

Mr Macaroni wrote: “The Youth Leader of APC telling Nigerians that they do not have a choice in the 2023 Elections! Are we still in a democracy?? Are you telling us that you will use force to decide the Elections? Well, I have a choice and I will Vote Peter Obi come 2023!! Enough of the Threats!!

“I do not and will not campaign for Politicians. I cannot force or beg any Nigerian to vote for a particular candidate but come 2023, the person that I will cast my vote for is Peter Obi!! And that is final on this matter!! Enough is Enough!!!”

Speaking further, Mr Macaroni added: “The effrontery the APC Youth Leader has to come and tell Nigerians that they do not have a choice in Elections? What sort of arrogant stupidity is that? Is this the plan of APC?? To force themselves on the People??? You can’t kill all of us!! The people will reject tyranny!!!” 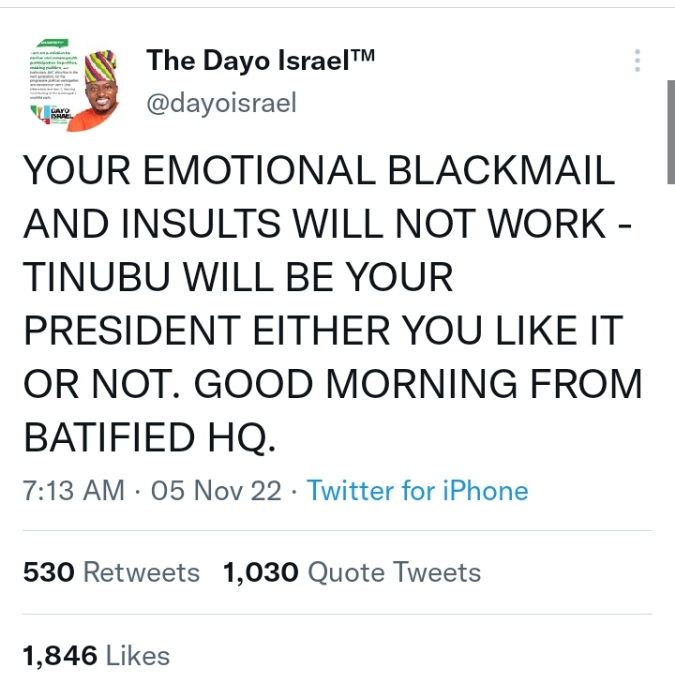 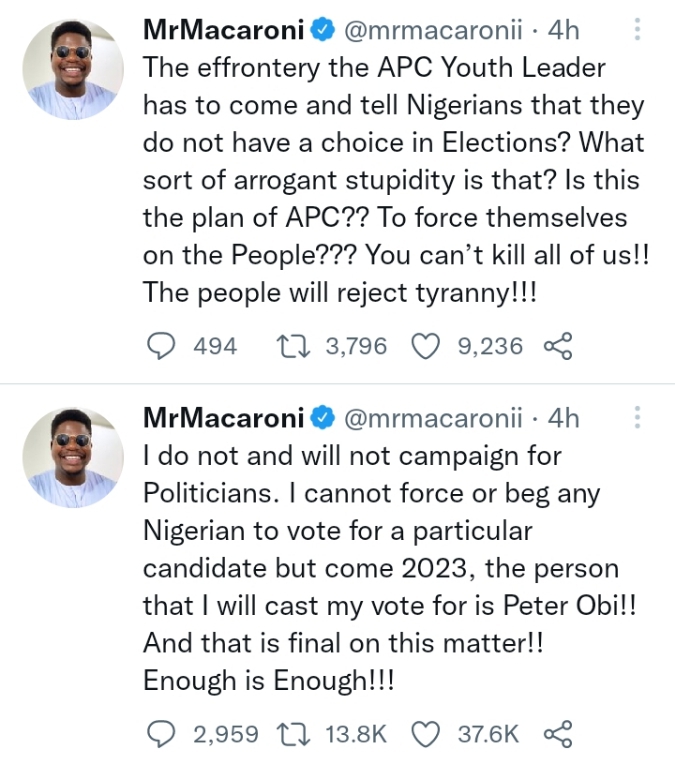