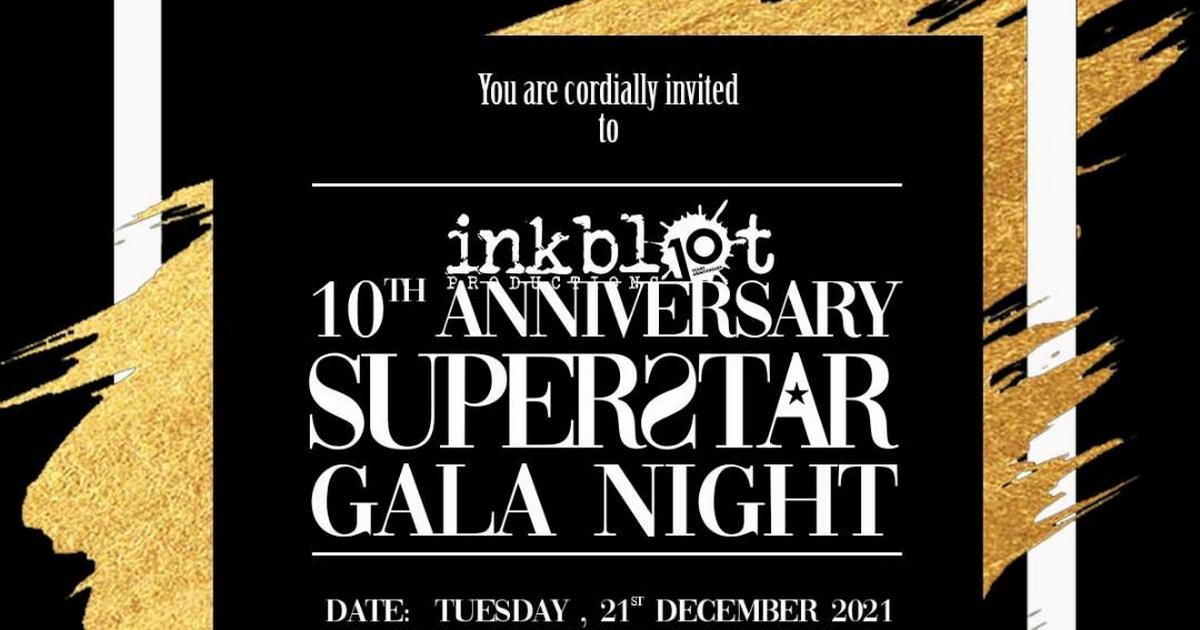 “We’re so proud to celebrate 10 years of storytelling at Inkblot. Our goal, 10 years later, is to preserve, restore and continue the iconic legacy for generations to come” says Damola Ademola, co-founder of Inkblot Productions. “Over the past decade, we have been committed to delivering premium, entertaining films that tell diverse stories from Nigeria and around the world with our partners and some of the best filmmakers out there”

In celebration of this year’s major milestone, Inkblot is set to release its highly anticipated film Superstar which is already delighting fans and critics alike.

Superstar is a romantic drama about the rise to stardom of an up-and-coming actress Queen played by Nancy Isime, as she navigates life and love in 21st century Nollywood. It features other big names like Timini Egbuson, Deyemi Okanlawon, Ufuoma McDermott, Eku Edewor, Shine Rosman, Teniola Aladese, and more,

Superstar is directed by one of Nigeria’s fast-rising and most recognizable directors, Akhigbe Ilozobhie popularly known as Akay Mason, who also shared writing duties with Uyoyou Adia and Inkblot co-founder Chinaza Onuzo.

“Superstar is the perfect film to celebrate our 10th anniversary,” says Zulumoke Oyibo, co-founder of Inkblot Productions. “It is a love letter to our industry and was written and directed by one of the visionary filmmakers we have supported over the course of our journey.

“Akay started off as a Production Assistant with us in 2015 and has grown to become one of the leading filmmakers in Nigeria. His growth is an example of the company we’re trying to build at Inkblot. A company that provides opportunities for people to thrive in the industry we love.”

Inkblot’s culture is a cornerstone of their success. With an emphasis on humility, excellence, and execution, Inkblot has built a truly remarkable company over the past decade.

“The success of Inkblot is the success of the team that we have worked with over the years,” says Chinaza Onuzo, co-founder of Inkblot Productions. “The hundreds of crew members, cast members, investors, supporters, everyone who came together to make the films and series that have delighted audiences over the years. They are the reason we have reached the heights. We also want to celebrate the fans without whom there would be no Inkblot.”

Other activities surrounding the Production’s 10th anniversary include a vibrant social media campaign, special events, promotions, and many surprises to engage fans throughout the yearlong celebration.

Follow @inkblotpresents on Instagram for updates and enquiries, and use #SuperstarMovie and #Inkblot10 to join the conversation.