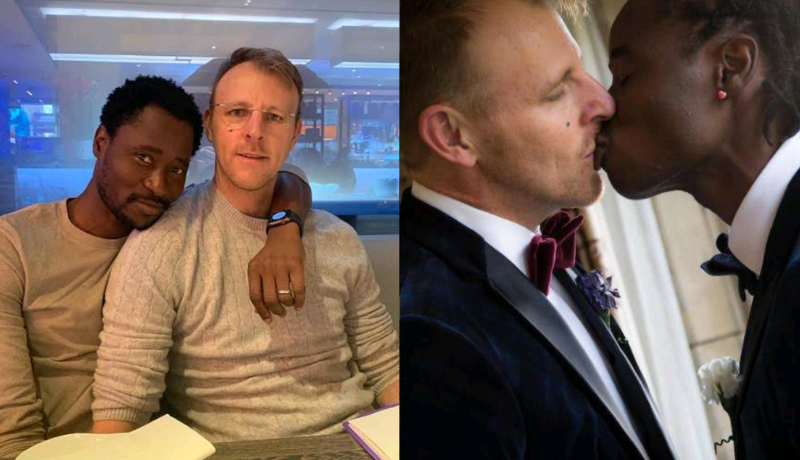 Gay rights activist, Bisi Alimi has shared some photos of himself and his husband, Anthony Davis in celebration of their 6th wedding anniversary.

This is coming days after Bisi marked 18 years of living with HIV.

Recall that the gay rights activist had in May, revealed that he’s been living with HIV since he was 29. He disclosed that he lost his best friend to the virus, and he was 26 at the time

Bisi also said he kept quiet about his HIV status between 2004-2009 because of shame and stigma, but has now realized that only the stigma, shame and the discrimination kills.

Taking to Instagram to mark his wedding anniversary, he wrote;

“Six years and counting. Happy anniversary to us”