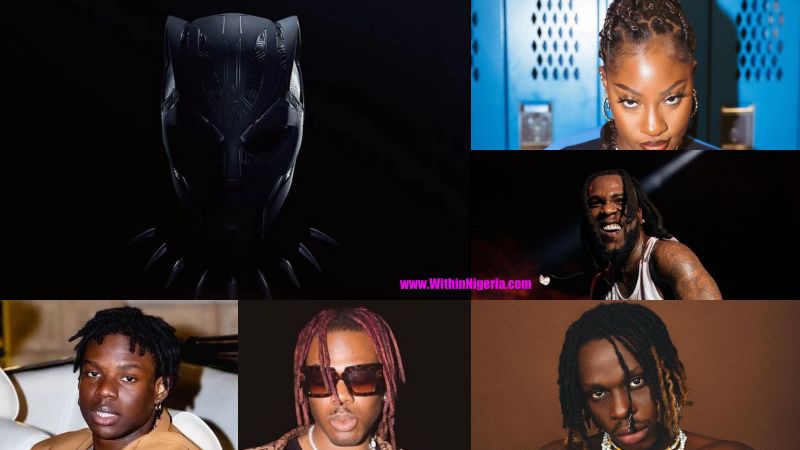 The Black Panther: Wakanda Forever – Music From and Inspired By soundtrack, executive produced by Ryan Coogler’s Proximity Media, produced by Ludwig Göransson, in collaboration with Archie Davis, and Dave Jordan was released today via Roc Nation Records/Def Jam Recordings/Hollywood Records (Listen to the album below).

Rihanna’s lead single “Lift Me Up” had a record-breaking debut this week, as it became the most-added song in U.S. radio history, amassing the most ever single day spins and the largest ever single day audience.

Ludwig Göransson, who has two Emmys®, two Grammys® and an Oscar® to his credit, composed and produced both the score and the original songs on the soundtrack. His extensive work producing artists (Childish Gambino, Adele, Haim, Justin Timberlake) as well as his work scoring films and TV series (Black Panther, Creed, The Mandalorian) made him uniquely qualified to helm both parts of the soundscape.

For their fourth cinematic collaboration, Black Panther: Wakanda Forever, Coogler and Göransson set out to create an innovative soundscape where Göransson says, “The songs and score are one.” The two artists have talked about this approach since their days attending USC Film School, and finally made it a reality with Black Panther: Wakanda Forever.

In what became a massive labor of love, Göransson spent over 2500 hours recording the score and soundtrack – which involved six studios, across three continents and five countries. Over the course of the film, the audience will hear over 250 musicians, two orchestras, two choirs and over 40 vocalists.

Coogler was intimately involved in the creation of the music for the film, from co-writing lyrics on the Rihanna track “Lift Me Up” to suggesting the cover of Bob Marley’s “No Woman, No Cry” performed by Nigerian singer/songwriter Tems and bridged together with Kendrick Lamar’s “Alright” for the film’s instantly viral trailer.

In a recent interview, Coogler provided insight into the making of “Lift Me Up,” and how Rihanna became involved with heartfelt tribute to Chadwick Boseman: “We were looking for a great artist who could tell the story of the film, embrace the themes of the film, and present them to the audience in a different packaging. That’s what Kendrick did so beautifully with the first film, and this film is different. It made sense that it would be a woman, and it made sense that it would be someone who could speak to not only the words but the feeling of motherhood, because that’s a major theme in this film. And I think it timed up that she was in that kind of space in her life, and she was open…The truth is, once she played us the record, she said straight up, ‘I did this for Chad.’ Chad brought us all together; you know what I mean? He just keeps on giving. I’m just really thankful that Rihanna was the latest gift to join the family, and I can’t wait for folks to see how it’s used in the film.”

Göransson said, “Ryan and I talked about the importance of creating an immersive journey of sound and voice. If we used a song in the film, we wanted it to be the entire song, and to be connected to the story. Thematically, we wanted to move the audience from grief to celebration. When you listen to the soundtrack, you can close your eyes and relive the experience of the movie. That was the intention.”

“It’s been an incredible experience and an honor to create a soundtrack that’s so tightly woven into the fabric of the film itself,” said Archie Davis, soundtrack co-producer & Def Jam Chief Creative Officer. “The majority of these songs are in the film in a meaningful way; they advance the narrative, they create sonic backdrops as the characters and the story develop. This kind of immersive integration of sound and film is something that Ryan, Ludwig and I have always longed to see.”

Given the story is inspired by both Nigerian and Mesoamerican cultures, recording sessions were set up in both Lagos, Nigeria, and Mexico City, Mexico, as well as Abbey Road Studios in London. Producers worked with popular artists from Lagos including Tems, which has become a hotbed of musical innovation. In addition, emerging rappers and artists from Mexico City are featured on the soundtrack including rapper Pat Boy, who raps entirely in Mayan.

While in Mexico City, Göransson worked closely with music archeologist Alejandro Rojas to explore and research Mayan music. Instruments native to both Nigerian and Mesoamerican cultures were featured in the creation of the soundscape.

The Black Panther: Wakanda Forever – Music From and Inspired By tracklisting follows: